The Lure of Open Windows 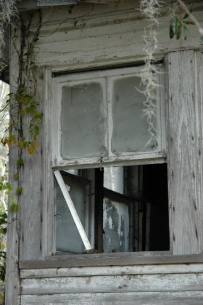 I’ve never been one for planning.  Not when I’m off duty. In strategic games like chess or Scrabble, I rarely think beyond the next move or two; in life generally, I’m much the same. I may have a hazy idea of where I’d like to end up, but mapping the journey from A to B in minute detail is beyond me. I’m too impatient – I want to get to what happens next. I’d rather just get on with it and trust that instinct will keep me heading in the right direction.

Don’t get me wrong. Professionally, my attention to detail borders on obsessive; my control freakery, well, a little out of control. But when it comes to my personal life, I like to climb through the nearest open window and find out what’s on the other side. It’s rarely what I expect – but nearly always worth the diversion. Turns out my writing develops in much the same way.

A few days ago I sat down with a simple idea in my head – a beautiful golden-haired child who is adored, doted upon all the years of his life until he grows into an irresistibly charming man who has never known rejection, who believes every  admiring compliment ever paid to him and whose self-confidence is without limit. I wanted to write about what happens to this man after his beauty fades.

So I began. As usual, I had no plan, just this general concept of a character. I liked the idea and was interested to learn more about this man, his circumstance, how others responded to him. I tapped away at the keyboard all that afternoon and his story gradually came to life. Except – it wasn’t at all what I expected.

At the end of the very first line, the character, the scene, the entire story, took a collective and utterly unexpected leap through the nearest window and landed miles from the destination I had intended. The original character in my head, roughly sketched as he was, morphed into another creature entirely. The story’s end left me incredulous. How did that happen?

More experienced writers will nod sagely. Apparently it is common for characters to take over. For stories to write themselves in unexpected directions. Even when you have a plan.

This entry was posted in Blogwax and tagged inspiration, planning, writers, writing. Bookmark the permalink.

2 Responses to The Lure of Open Windows