Looking for Truth in Fantasy

It seems contradictory, but the best fantasy is rooted in reality.

Unless it contains what author and literary academic Anthony Eaton describes as ‘touchstones of truth’ with which readers can relate, he says the most fantastic, imaginative story will fall dead.

“A lot of people have this conception that fantasy writing is about world-building,” Anthony says. “In fact, I think fantasy is just like all writing really, it is 90 per cent about building characters and building empathetic, believable characters that the reader can understand.

“What makes the reader enjoy the story, be it book or film or audio-book or whatever, is finding points they can empathise with, those little moments in a story that, no matter how fantastic the story might be, the little moments that are completely and utterly human.

“If the characters are right and believable, then the world will be. If they are stereotypical, chances are the whole world will be that way.”

A respected author in a variety of genres, Anthony cites as the greatest influence on his own fantasy writing a quote from Isobelle Carmody: “All good writing must contain truth and the more fantastic the world that you are building, the more truth there must be.”

“What I am looking for in character and plot are those moments of truth when the reader will read it and will just get it,” he says. “Not because it is set in the future or a fantastic universe but because I am touching on something that is fundamental to the human psyche.”

To illustrate the point to his writing students at the University of Canberra, Anthony provides a simple but effective example: “If you are going to write about dragons – say you have got a dragon who has got no wings – you can write 20 pages on the etymology of wingless dragons and bore your readers or write one paragraph about loneliness and not fitting in and you will tell them how it feels to be that dragon.”

Anthony says he came to fantasy with a common preconception about it being easier than other genres because it was “all made up”. “I didn’t really give much thought to how difficult it would be to make it real,” he says. “But of course the reality of working in a fantasy world is that the more fantastic it is, the harder you have to work to make it real in order to make the reader persist with it and suspend their disbelief.”

And while Anthony doesn’t subscribe to ‘rules’ for fantasy writing, believing it a slippery slope to clichéd and formulaic stories, he says there are important factors to consider. Like the relationship between your characters and the way they inhabit their world.

“You have got to have a very consistent set of laws within that world,” Anthony says. “They don’t have to be consistent with the laws of our reality but you have to give your reader the impression that the world you are writing in works a certain way, it has ways of doing things.

“You might not write about it all but it has to be there in the background. That takes a lot of thinking and planning. Certainly, in building the worlds for my fantasy books I found they got more difficult to make them real than my other fiction books based on solid, identifiable realities.”

Anthony will run a workshop on fantasy writing – with an emphasis on character, narrative and avoiding cliché – as part of the Perth Writers Festival this weekend. Just don’t expect too much discussion about the socio-political relationship between elves and orcs or the moral challenges of magical power. Anthony isn’t a fan of the mainstays of traditional fantasy. His focus is more on fantasy as a twist on reality.

Anthony’s own fantasy trilogy, The Darklands, is set in Australia which, as he says, pretty much rules out the involvement of elves. Personal taste aside, he doesn’t suggest that writers avoid traditional characters if that is their leaning, just that they try to bring something original to the table.

“If you want to write something that is classic fantasy, with elves and swords with names and magicians, fantastic,” Anthony says. “But spend some time working out what you are going to do in this very well-used field that no-one else has done.”

He warns that there are risks to playing around too much with fantasy archetypes.

“You’ve got to keep in mind one of the major rules of writing, especially writing for public consumption, which is you are never going to be able to please everyone,” Anthony says. “One will read about your vampire sparkling in the sunlight, to use a well-known example, and say ‘What a load of shit – that’s not what vampires do!’. Others will say that is a startlingly original idea and explains so well why vampires only come out at night.

“Ultimately, if you are going to use stock characters, I think you have to hit a combination of the traditional and original. If you just stick with the traditional character that everyone expects, with all the traditional features, you are very quickly going to bore the reader and your story will be similarly lifeless. But if you completely and utterly try to reinvent, you run the risk of alienating your reader as well.

“Really, it is a balancing act and, ultimately, what it comes down to is if you as a writer are happy with it. That is all you can do.

“What I’ll be doing in the workshop is to try and encourage writers to certainly be aware of the rules, but to be aware of them with a mind to breaking them if possible.” 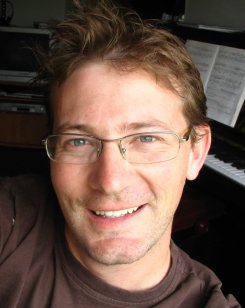 Anthony Eaton is an established author and Assistant Professor of Literary Studies and Creative Writing at the University of Canberra. His first novel, ‘The Darkness’ won the 2001 WA Premier’s Book Award For Young Adult Literature. He has since written more than 10 books, including The Darklands Trilogy. As part of the Perth Writers Festival, Anthony will run the ‘Fantastic Ideas’ workshop and participate in a panel session on the Australian ‘voice’ on Saturday, 5 March, as well as the Family Day session ‘Talking Families’ on Sunday, 6 March.

More from the 2011 Perth Writers Festival >

1 Response to Looking for Truth in Fantasy