Novelist and academic Sophie Gee remembers the first time she came across Jane Austen. It was her 12th birthday and her parents had given her a copy of Pride and Prejudice.

It had, they told her, this famous opening sentence which was a beautiful example of irony.

“It is a truth universally acknowledged, that a single man in possession of a good fortune, must be in want of a wife.”

Gee devoured it, and although she didn’t understand either the irony or much else that very first time, she adored the story and the characters. Over the years she returned again and again not only to Pride and Prejudice but to Austen’s other novels. With each new reading, layer upon layer of meaning revealed itself.

“The truth is that as a 12-year-old I was baffled by the scene,” she says. “You know, it WAS a truth universally acknowledged that a single man being possessed of a good fortune must want a wife, and so that irony and wit and the different layers of meaning dawned on me very gradually over the next 20 years.

“But I think it speaks to what is so fundamentally appealing about Austen that a 12-year-old can really enjoy the book – which is that it is a good story, it’s beautifully paced, the characters are completely engaging, they’re totally appealing and they’re really complicated. They keep you interested.

“Those are the basic things about novels that we don’t really talk about any more, but they’re things that Austen just did superbly. She did a whole lot of other stuff as well but just at that basic level of narrative and pacing and character, she was fantastic.”

So fascinated was Gee that she went on to devote her working life to studying, teaching, and paying homage to Austen and other writers of the period. In 2007 she published her debut novel, The Scandal of the Season, a sophisticated, racy piece of historical fiction set in 18th Century London. The novel, based on the real-life seduction behind Alexander Pope’s famous poem The Rape of the Lock, has been praised for its Austen-esque wit and erudite observation of society of the day.

At The Perth Writers Festival this weekend, Gee will take fellow Janeites through Austen’s works to discover just how it is that the books of an 18th Century spinster manage to remain as fresh and relevant as when they were first written 200 years ago.

Gee says there’s much to explain the enduring appeal.

“The stories are very classically appealing I guess,” she says. “They tend to be girl meets boy, obstacles stand in their way but love triumphs – which is irresistible, really.

“But then I think what’s so special about Austen is the way that she plays with those traditional stories and ends up creating novels that have a lot of darkness in them. They have hints of loss and sadness, hints that the story could have gone wrong but it didn’t. You see other characters who haven’t had these fairytale outcomes and you see the sort of dark, bleaker side of that world as well as the happy side.”

She says Austen’s books are filled with themes which continue to resonate today but also give us insight into a world now gone forever – one filled with intricate rules, constraint and curious codes of manners.

“All of that is enormously contemporary. And what’s interesting about it from the literary perspective is Austen is the first writer who makes those stories feel contemporary in that way.

“But on the other hand what you have is a world that we absolutely can’t get back. A world of the English aristocracy and servants, and men and women not being allowed to be in a room together alone until they’re engaged, kids living with their parents until they get married – all of those conventions which we completely can’t have back and which makes the other stuff very, well, sort of fun and far away from us.”

Gee says one of Austen’s attractions is the way she explores how people could have feelings and very full lives in a world of enormous constraint.

“From a novelist’s point of view it’s technically captivating because she gives herself these very extreme constraints imposed on her by the social world and she finds characters who manage to evade them.”

Although Austen cannot have known that she would continue to have such appeal two centuries on, Gee believes that – contrary to the view that used to exist of Austen – she was very aware of and enjoyed what she was doing.

“One of the things that has happened in the world of Jane Austen scholarship over the last 10 or 20 years is that people have dislodged this idea that Austen was this sort of unselfconscious genius who sprang out of nowhere and wrote these extraordinary books in isolation, not having really read anything or having been involved in the literary world. That was the old version of Austen.

“It turns out that although she lived in a country town in England and she wasn’t ‘in’ the literary world like Byron or someone, she was extremely well read, she exchanged letters with other writers, and from her own private correspondence with her family and so on we can tell that she was really giving a great deal of thought to the sort of writer she wanted to be and the ways in which she wanted to be different from her contemporaries – in particular the ways in which she wanted to write a different kind of novel from the kinds of novels that had been written before and were being written at the same time.

“So it’s certainly the case that she more than just enjoyed it. I think she really realised this was going to be potentially something very exciting and new and really amazing. In other words, I think she realised just how revolutionary a writer she was. She didn’t live to see anything like her success – I think she would be, and any writer would be bowled over to discover they had turned into Jane Austen. But she definitely wasn’t a kind of naive amateur living in the country scribbling away. She thought of herself as a professional writer and she wanted to write a new kind of book that hadn’t been written before and what’s amazing is that she actually did.” 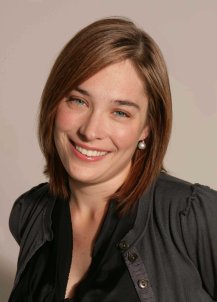 Sophie Gee graduated from the University of Sydney and won a scholarship to Harvard to do a PhD in English Literature. She is now a professor of literature at Princeton University in the US.  Sophie lives in Brooklyn with author-husband Lev Grossman. Apart from her Perth Writers Festival workshop on Jane Austen, Sophie will participate in discussions on the distinction between Popular and Literary fiction, what the masters can teach us about writing fiction, and in the Book Club Event – Desert Island Desires.

More from the 2011 Perth Writers Festival >

6 Responses to The Genius of Jane: Austen’s Enduring Appeal