On Poetry, Writer’s Block and Eating

I’ve just sat down for a chat with Perth writer and filmmaker David Vincent Smith, also known as DVS (pronounced ‘Devious’ – see what he did there?). DVS is one of Perth’s best performance poets, as well as one of the founders of Seventh Continent Productions. And he’s twenty-three years old. When he saunters in with his scruffy beard and wide grin, you might mistake him for a bad Gen Y stereotype – but this is one of the hardest working young writers in Perth.

“I’m a firm believer that writer’s block doesn’t exist,” he says. “I think it’s just an excuse. The idea that you could sit down and not be able to write is a load of shit. Writer’s block is not being 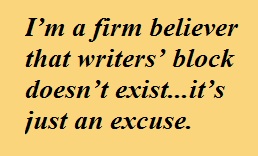 able to write up to the standard that you want to be writing at that moment. I mean, nobody can always write their best piece every day. So, you just sit down and start writing and eventually, after maybe a page or two, you get into the flow. You get one line that will trigger an entire new thought and bang, you’re away. So, whenever people say, ‘Aw, yeah I’ve got writer’s block, I haven’t really done much in six months,’ I’m like, bullshit, you haven’t got writer’s block – you bought Call of Duty. Sit down over there, start writing.”

It might sound a bit severe, but this writer expects nothing less from himself. “I was working in a supermarket from when I was fourteen to nineteen, and I used to get fifteen-minute lunchbreaks. Because it was such mundane work, the whole time I was working I’d memorise paragraphs of the book I was working on, then write them out in my lunchbreaks. At night I’d go home and just compile it together. I was like, don’t waste a minute of your time, always be writing. Now I’m really brutal on myself – I just work, work, work.”

And all this effort has been paying off for the writer/director. In 2010, DVS was flown back and forth between Perth and Sydney, for free, twice. The first trip was to attend the finals of the Optus One80Project with his co-director Aaron Moss, where their film Southern Cross won the Viewers’ Choice Award. The Award came with a $10,000 cash prize, which the guys re-invested in their production company Seventh Continent. They also got to chat with Australian film industry success stories like Blue-Tongue Films (Animal Kingdom) and David Wenham (The Return of the King, Oranges and Sunshine).

DVS’s second trip to Sydney last year was for the national finals of the Australian Poetry Slam. He entered the 2010 WA Poetry Slam and quickly won his way to the state finals with a hip hop poem entitled ‘Fortified’. With lines like ‘My father gave me a shovel at twelve/ And I’ve been burying my emotions ever since,’ he won over the crowd and took out first place, snagging himself a place in the finals held at the Sydney Theatre Company.

Since then, he’s barely sat still. Earlier this year, he and Aaron produced a short film about slam poetry, called The Ballad of Nick Chopper, for which DVS wrote the script and most of the poetry. The film screened at the Perth Poetry Slam finals in February. They also entered another film in the 2011 Optus One80Project, Family Tree, as well as working on several other projects, including two new feature films and several music videos. Even as we speak, DVS reminds me that he can’t stay long because he has to get another script finished by today. Phew, this dude never stops!

“Deadlines are really good, because they kind of force you to be creative. You could be like, well, my life goal is to write a novel. Well you could start that when you’re fifty, you know. One of my first life goals was ‘you must write a novel before you’re twenty-one’ and I ticked that off my list, and now my next goal is ‘you must make a feature film before you’re twenty-five’ and I’m really stressing out about that one! Unless someone gives me millions

of dollars after reading this interview…” (NB: Cheques are payable to David Vincent Smith.)

DVS and I get to chatting about life in the creative arts. Like most young, arty-type people, we almost immediately began with ‘OMG how broke are we?’ While our friends with Law and Economics degrees are slaving away with the (possibly incorrect) assurance that they’re guaranteed a well-paid job one day, we of the Arts have not even that comfortable illusion. Sometimes following your passion means giving up financial security. DVS lives by himself and pays his own way, so I ask him how he’s been supporting himself while he makes his career in writing and film. He does some casual shifts at a bar in Northbridge, but I find out most of his money comes from an unusual source.

“I’ve gotten by for fourteen or fifteen months now just by winning random competitions and pawning off the prizes. Last year Aaron and I each won a Blackberry [for Southern Cross], and I sold mine to a chef in the kitchen next door at work. I hell needed money that week; I needed to go grocery shopping, haha.”

I ask him if he thinks we’re right to be encouraging kids to pursue writing when it’s such a poorly paid career path. Would it be wiser to caution them to get ‘real jobs’ to fall back on, rather than risk being a starving artist?

“I think you can only say what you did, and then let them make their decision,” DVS reasons. He knew from the age of eight or nine that he wanted to be a writer, and no threats of financial insolvency could hold him back. After high school, he enrolled in an Information Management course at Curtin University, but it didn’t interest him. “To be honest, I don’t even remember it. Uni was something that happened between what I wanted to do with my life, so it’s all a blur. If I didn’t find the odd assignment in my drawers every now and then, I’d forget I even went.”

Instead, he switched to TAFE (now called the Central Institute of Technology) and completed an Advanced Diploma of Screen (Directing). “I knew what I wanted to do and what I wanted to be in terms of film studies, so I asked my lecturers lots of questions and really tried to get out what I wanted.”

Does he regret choosing the uncertain path of an arts career over a steady job in Information Management?

“I definitely thought about going the safe way, and then I thought, stuff it. Obviously it makes sense to have something to fall back on – it just depends how much you care about security. I like the idea of being able to eat food, but my aim in life is not to have a mansion or drive around in a Mercedes-Benz. My aim is to be able to spend every day writing and growing as an artist. I mean, that sounds really pretentious, but [that lifestyle] is more enjoyable, to be honest.”

I point out that, for most committed artists, their aspirations don’t reach as high as mansions or flash cars – they’re just aspiring to eat well and pay rent. A lot of young artists can’t afford to move out of home. David nods. “I do live out of home, but I’d love to be able to live out of home. And not slowly die out of home,” he laughs.

Having seen DVS in action on stage, I’m curious to know what goes through his mind while he’s performing his poetry. He laughs, and explains, “I was about to say, ‘not a lot’. I guess I’m very conscious of trying to engage people. Also, my hands – I see the words as movements. It’s hard to explain, but I see it as connections. I usually try to break each line down into an actual hand movement.”

I remember this from watching his performances – he almost seemed to have choreographed his poetry.

“When I’m writing I’m already seeing the hand movements,” he says. “I usually don’t sit down when I write, I usually walk around in circles. It’s like I’m orchestrating what I’m writing. It’s kind of a strange thing. So if you ever see me writing I’m just walking around in circles waving my hands in the air. It looks like I’m trying to do swimming freestyle through the air. And then [the movements] slowly become more controlled and constructed.

“I guess the other thing that’s kind of weird is sometimes before I start writing I know I kind of want to write a piece about [a certain idea], but I’m not really sure what it’s going to be about. So I kind of just let all the words that have to do with that kind of idea just bubble in my mind, and I just keep thinking of words that have to do with that. And then like you kind of get a – it’s hard to explain – like a taste in your mouth, and then you just go after a while.

“Sometimes if you have a good idea, rather than just starting to write it, you just let it simmer in your mind for a few weeks, and you let it build and build until you feel the story in your body, and then after a few weeks it just happens.”

Like they (whoever they are) say, writing is one per cent inspiration and ninety-nine per cent perspiration. David Vincent Smith is a writer who seems to understand the importance of both.

Kaitlyn Plyley is a Perth writer and performance poet who has been described as “thought-provoking”, “a possible genius” and “really, really tall”. She made it into the 2010 Australian Poetry Slam nationals with a rap about bogans and is currently Australian Poetry’s poet-in-residence at Il Lido café in Cottesloe. Find out more at www.kaitlynplyley.com

This entry was posted in Blogwax. Bookmark the permalink.

3 Responses to On Poetry, Writer’s Block and Eating