November is NaNoWriMo (National Novel Writing Month). If, like me, you are both intrigued and intimidated by the thought of writing a novel in just four weeks, read on. 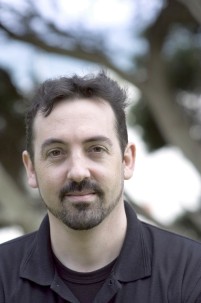 I don’t like calling anyone a noob, but Nano for Dummies was even more insulting and I can’t afford the court case.

When I first stumbled across NaNoWriMo in 2005 it was exactly the sort of challenge I needed. I’ve always been a fairweather writer, prone to weeks of feverish activity interspersed with months of inactivity. The idea of forcing myself to write about 1800 words a day for an entire month really appealed. It would hurt! It would be a challenge! It would make a real author out of me!

Since then I’ve completed NaNoWriMo five times, only skipping 2009 due to the editing of my then-current novel. I was supposed to be editing a book every other November too, but this time I was way past deadline and I couldn’t fib or stall my way out of it.

For those gazing upon Nano with trepidation, wondering whether they can possibly meet the writing target … relax. As I said, I’m not the world’s fastest writer (I don’t even touch type properly) and I’m easily distracted, and if I can manage 2000 words per day for 25 days then so can you.

See what I did there? I already changed your goal and November hasn’t even started yet! Don’t aim for 1667 words for 30 days, build up a buffer by eking out just that little bit more during each session. There’s no harm in finishing five or six days early.

2000 words is a decent slab of text, so how do I force myself to sit down and write for that many minutes (hours) at a time? I don’t! Instead of thinking about a gigantic 2000 word effort, I visualise a bar of chocolate broken into four pieces. Yum. Drool. Chocolate.

Where was I? Oh yes, breaking down. Take those 2000 words and snap them into four bite-sized pieces of 500 words each. It’s the same number of calories, but you get to digest each chunk before starting on the next. I like to write 500 words before I open my web browser or email app in the morning, then knock off another 500 around lunchtime, and finally I do two 500-word sessions in the evening. If I can stretch the morning and noon sessions to 600 words, so much the better.

What if you’re not used to writing 500 words? There’s nothing to stop you writing ten lots of 200 words. Now that really IS easy. We’re talking about less than a page of text in a paperback book. In fact, it just took me ELEVEN MINUTES to type the 450+ words of guest blog you’ve read up to this point.

The secret is knowing what you want to say. I can fire off 600-800 word guest blogs all day long on a variety of subjects, and we all write emails and post to facebook and twitter in no time. So why do we dither when it comes to fiction? Partly because we’re creating, not pouring forth existing knowledge. And partly because we adopt the persona of the characters in our novels – speech patterns, desires, thoughts, etc. But mostly because we usually have no idea what happens next.

So, part of the Nano secret is to have some kind of plan for the day’s work. I don’t mean a detailed plot outline – just a list of scenes to pick from, with a few ideas about what they should contain. E.g. I might start the day with half a dozen scene outlines, and if the first burns up 1200 words then I’ll only need one more to complete the day’s word count.

What might a scene outline look like? Here’s a basic example: Character A discovers his car has been stolen. He tries to hitch a lift to work but is arrested for soliciting.

When I started on that outline I meant to go in a different direction (he gets mugged while walking to work) Same difference – sometimes you don’t know where it’s all going until you start writing. The important thing is to have a stash of these outlines so you can write the one you’re most interested in right now. You don’t have to write scenes in order, and you can make up new ones as you go along.

So there you have it: try and write in small doses, make sure you have plenty of ideas to work from, and allow yourself some flexibility. Above all, don’t re-read or critique your work! Most novels go through umpteen revisions before they’re ready, and the important thing is to finish some kind of first draft. 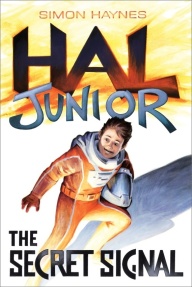 Simon Haynes was born in England and grew up in Spain, where he enjoyed an amazing childhood of camping, motorbikes, mateship, air rifles and paper planes. His family moved to Australia when he was 16. Simon has four Hal Spacejock novels, one Hal Junior novel and several short stories in print. Sleight of Hand won the Aurealis Award (short fiction) in 2001, and Hal Spacejock: No Free Lunch was a finalist in both the Ditmar and Aurealis Awards for 2008. Simon divides his time between writing fiction and computer software, with frequent bike rides to blow away the cobwebs. His goal is to write fifteen Hal books (Spacejock OR Junior!) before someone takes his keyboard away. http://www.spacejock.com.au

10 Responses to Nano for Noobs